The Benefits of Early Orthodontic Treatment 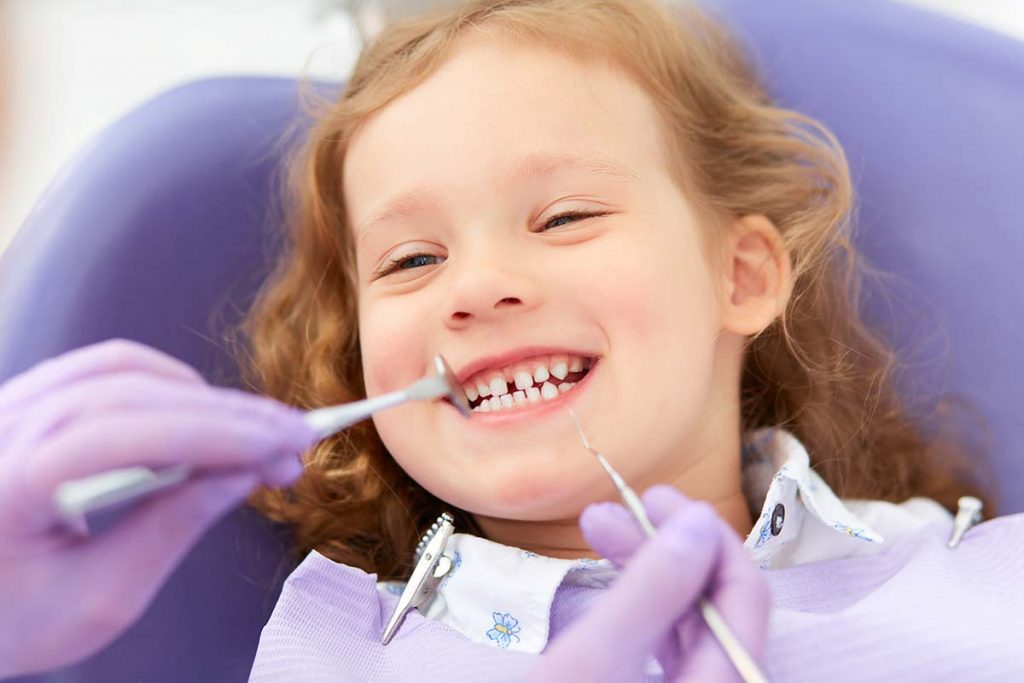 Orthodontists recommend that children have a checkup with an orthodontist no later than the age of seven. Why so early, you might ask? There might not even be any problems at that stage! They won’t even have all their adult teeth at that age! That is exactly the point.

Early orthodontic treatment – no later than the age of seven – is sometimes called “interceptive” treatment. Your child should see an orthodontist earlier than that if problems have emerged, but certainly no later than age seven. At that point, your child will have developed enough permanent teeth and a mature enough jaw that your orthodontist will be able to assess their health – and even spot potential problems before they manifest in a more complex fashion.

Taking a child to an appointment for orthodontics in Grande Prairie by the age of seven does not mean you’re committing to an orthodontic treatment plan. Coming out of an early orthodontics appointment with a dentist near you will lead to one of three possible outcomes:

● There were signs of potential orthodontic concerns down the road, but nothing that needs attention now so your orthodontist will merely keep an eye on things as your child matures

There are some teeth and jaw alignment issues that should be treated by a dentist in Grande Prairie after your child has all of her permanent teeth in place. On the other hand, some issues can and should be treated as early as possible because they’ll only worsen as your child matures. The goals of early or interceptive orthodontics near you are four-fold: to identify the potential or emerging issue; to identify and eliminate the cause of that problem; to guide the healthy development of your child’s face and jaw, and to ensure there is enough room for your child’s well-aligned permanent teeth. Achieving those goals may involve early orthodontic treatment for the following types of conditions – all of which are most likely to be successful while your child still has some baby teeth:

● Underbites, the condition when your child’s front lower teeth are ahead of her upper teeth

● Crossbites, the condition when your child’s jaw tends to shift to one side or another

● Overcrowded teeth or the opposite, too much space between a child’s teeth

● Too many teeth or the opposite, an unusually low number of teeth

● The potentially harmful effects of prolonged thumb-sucking or pacifier use on the development of a child’s teeth or jaw.

Just what an orthodontic treatment plan might look like for a young child will depend on the precise issue being treated and the needs of your child. Options for treating young children include fixed or removable appliances or even the removal of some baby teeth to make room for the safe and beautiful emergence of permanent teeth to come.

There’s no denying that dentist’s appointments can be stressful for children (and adults for that matter). The same is true (and sometimes even more so) for orthodontic appointments. Orthodontists that specialize in treating children, though, are specially and specifically trained and committed to treating children comfortably, compassionately and safely. (And to comfort those kids’ parents throughout the entire process, too.)

Whether or not you or your dentist has noticed any teeth alignment issues in your toddler, ask your dentist to recommend an orthodontist for an early orthodontic assessment before your child turns eight years old. They may have an easier transition to beautiful and straight adult teeth to thank for it.

The Benefits of Early Orthodontic Treatment

Some Benefits of Orthodontic Treatment

Seven Things You Need to Know About Invisalign

How Important Are Routine Dental Cleanings?